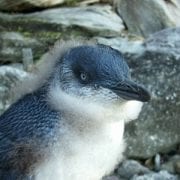 Endangered shorebirds in the Sydney region are being threatened by irresponsible pet owners illegally allowing their pets onto protected beaches.  Some of Sydney’s beaches provide vital habitat for species such as the threatened Little Penguin and the Pied Oystercatcher. Dogs are a key risk to these birds which can disturb nests, maim and even kill adults and their young.

Sydney Coastal Councils Group (SCCG) represents nine estuarine and coastal councils in Sydney and supports these councils to have biodiverse, clean and healthy waterways. Sarah Joyce from the SCCG says that “we are urging the public to obey signs on beaches which identify if there are any restrictions to public access”.  Dogs are prohibited on the majority of beaches in the Sydney region – if you see dogs on protected beaches, please call your Council ranger immediately”.

The endangered Little Penguin population in Manly has been previously decimated by foxes.  Important habitat for this species is located in Little Manly and the beaches of North Head.

Volunteer penguin wardens regularly patrol beaches in Manly to ensure the public is aware of the rules that operate in Little Penguin habitat. They have been extremely disappointed to see that some owners are allowing their dogs on protected beaches. “The presence or even smell of dogs on these beaches deters penguins from going to their nests which means that their chicks are not fed. We have also had examples of dogs on beaches killing penguins” said Sally Garman, who is the Manly penguin warden coordinator.

In the Sutherland Shire, members of the Southcoast Shorebirds Recovery Group, Sutherland Council and others have been working diligently to save the Pied Oystercatcher at Maianbar. There are only 250 birds remaining in NSW and key threats to this species include predation by dogs and trampling of nests by humans.