Phytophthora cinnamomi is a soil-borne water mould that produces an infection which causes a condition in plants called “root rot” or “dieback”. The plant pathogen is one of the world’s most invasive species and is present in over 70 countries from around the world.

Studies were undertaken to determine where Phytophthora was occurring and what actions could be taken to control it. Following this a management strategy was developed and implemented that included the following actions: 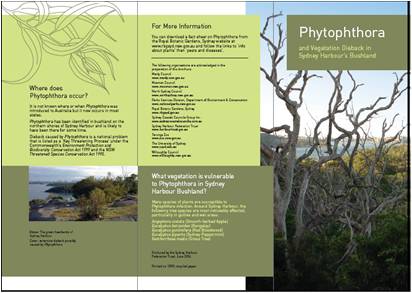