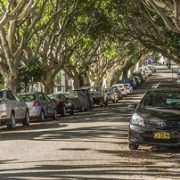 SCCG was recently invited to prepare a submission on the proposed Western Harbour Tunnel and Warringah Freeway upgrade. While SCCG recognises the need to provide for additional road network and improvement connectivity to alleviate Sydney’s traffic congestion, the submission raised three primary concerns, it wishes to alleviate. This includes:

SCCG welcomes further opportunities to provide comment on the proposed project in the future.

A copy of the submission can be found here and under the ‘Advocacy Submissions’ tab of our website.