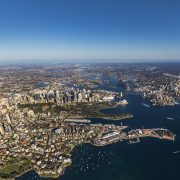 On 21 October 2021, the Minister for Local Government, Shelley Hancock MP, announced that Coastal Councils will be given a two year extension to complete their coastal management programs. Under the Coastal Management Amendment Bill 2021 councils now have until 31 December 2023 for the Coastal Zone Management Plan to be competed including implementation of the identified actions. The Coastal and Estuary Grants Program allows funding for CZMP actions at a funding ration of 1:1. Funding for preparation and implementation of Coastal Management Program is at 2:1.

The Minister announced this important amendment by way of a media release, stating “we recognise local councils up and down the coast have been doing it tough these past two years so this extension is a sensible measure to prevent any council from falling behind”.

Minister Hancock went on to say “the extra time will also allow councils to carry out planned emergency works during major coastal erosion events that are addressed in their CZMPs while they continue to develop a CMP”.